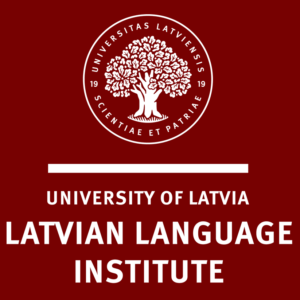 Authors’ Responsibilities
Authors submit works that are completely their original work and cannot submit work that has been considered for publication elsewhere. Authors observe the article submitting guidelines that are available on the journal’s homepage. Authors are obliged to make sure that their text is accurately proofread prior to submission.  Authors are obliged to provide references to all of the sources used in the article. Authors should provide all sources of data used in the research. Plagiarism in all its forms is unethical and it is unacceptable. Authorship should be limited to those who have made a significant contribution to the elaboration of the article. Authors should provide revised version of their article according to the Reviewers’ recommendations. Corrected page proofs must be returned within two weeks.

Reviewer’s Responsibilities
All submissions are double-blind peer reviewed. Any manuscript received for reviewing must be treated as confidential document. Reviews should be conducted objectively. The Reviewer determines whether references for all of the used sources have been provided in the article. If the Reviewer is not sure of his/her competence in reviewing articles, he/she informs the Editor so that another Reviewer can be appointed. Reviewer assists the Editor-in-Chief – Reviewers must report to the Editor-in-Chief on any substantial similarity between the manuscript under consideration and any other published paper. Privileged information or ideas obtained through peer review must be kept confidential and not used for personal advantage.

Editor’s Responsibilities
The Editorial Board comprises recognized experts in the field. The Editor-in-Chief is responsible for deciding which of the articles submitted to the journal should be published based on the conclusion made by Reviewers Any manuscripts received for review must be treated as confidential documents (they must not be shown to or discussed with others except as Authorized by the Editor). The Editor-in-Chief should publish only peer reviewed accepted articles – the Editor ensures that articles are reviewed anonymously and objectively, and that the decision to publish an article is made solely on the basis of the article’s content. If peer review comprises two diametrically opposite views, the Editor-in-Chief involves another Reviewer.

Peer-review Process
All submissions in Onomastica Lettica are thoroughly peer reviewed.
Authors submit their papers to Latvian Language Institute of the University of Latvia via e-mail onomastica.lettica@gmail.com. Articles are then directed to the Editor-in-Chief who make a preliminary assessment of whether the paper is suitable for the journal and is relevant to the journal’s policy for publishing such papers. If the manuscript does not fulfil criteria or guidelines of Onomastica Lettica, it is rejected immediately. If the manuscript is acceptable, the Editor-in-Chief will send it out for the review to a minimum two Reviewers. Peer review is by invitation only and Reviewers must be the experts in their field who are qualified to provide an informed and impartial review of the field of an article (Reviewer should be published at least three publications in the field). Reviewers review the manuscript by filling the review form of Onomastica Lettica. Based on this review, the Editor-in-Chief decides whether to accept the manuscript without further revisions, request further revision, or reject the article. If the decision is for further revision, the Author will be given sufficient time to review comments and revise their manuscript. The revised manuscript will be re-evaluated by the Editor-in-Chief who will make the final decision.

Publishing Ethics
All submitted papers are subject to strict blind peer review process by at least two national and international Reviewers. The Editor, Authors, and Reviewers of the journal Onomastica Lettica have to follow the standards ensuring compliance with publishing ethics – the responsibility of the journal’s Editorial board is to prevent violations of publishing ethics. The Editors screen all papers for plagiarism. It is important to avoid data fabrication (researcher did not actually do the study, but made up data) and data falsification (researcher did the experiment but then changed some of the data), plagiarism (copying ideas or text without proper citation), multiple submissions (submission of the same manuscript to more than one journal), redundant publications (publishing very similar manuscripts based on the same experiment).
The rejected articles are not being resent for reviewing. The guidelines for the Editor, Authors and Reviewers of the journal are based on COPE’s Code of Conduct for Journal Editors.

Copyright and Access
The copyright and intellectual property on the original content of all scientific publications in Onomastica Lettica remain with the Authors, but Onomastica Lettica has a license to publish and distribute the work in paper form and annotations in open access. The Authors, through granting the Latvian Language Institute of the University of Latvia the right to publish the work, accept the terms and conditions which allows the Institute to reproduce, distribute, publicly perform, create adaptations, if stated by the Author. If the Authors intend to reproduce their article in other publications or for any other purpose and by any means, they must obtain the written Authorization of the Editorial board.
All articles of Onomastica Lettica are made freely and permanently accessible in printed copies (contents and abstracts of the articles are made freely and permanently accessible online immediately upon publication in the journal website https://lavi.lu.lv/onomastica-lettica/). Full text of the articles can be obtained on request by e-mail (onomastica.lettica@gmail.com).

Ownership and Management
Linguistica Lettica is owned, published, and managed by the Latvian Language Institute of the University of Latvia since 1997.

The Web Site
Web site of Onomastica Lettica (https://lavi.lu.lv/onomastica-lettica/) is made as a part of the webpage of the Latvian Language Institute of the University of Latvia.

Publishing schedule
Onomastica Lettica is published annually (at the end of current year).

Name of journal
The journal name Onomastica Lettica in Latin (Onomastics of Latvian) is unique and shows the main scope of the journal’s content.

1. General information
The journal Onomastica Lettica has been published by Latvian Language Institute of the University of Latvia since 1990. The journal is aimed at scholars interested in research of Baltic onomastics as well as theoretical study of the origin, history, and use of proper names. Onomastica Lettica comprises articles related to all fields of research of proper names as well as reviews of novelty in Baltic onomastics. Additionally, an index of onyms of current volume is included.
The journal accepts only original papers. It has international Editorial Board. All papers in the journal are peer reviewed. Both Latvian and foreign editors participate in reviewing each manuscript. Onomastica Lettica invites well-recognized researchers as well as young scholars to submit their papers. All rights belong to the individual authors of the papers and the Latvian Language Institute of the University of Latvia.

2. Submission
The journal normally publishes papers in Latvian, Lithuanian, English, Russian, and German. However, it would be preferable to submit papers in international scientific language (English). Authors who are not native English speakers are advised to have their contribution checked by a native speaker.
Manuscripts as welll as index of onyms cited in the article are to be submitted to the editorial board by e-mail to onomastica.lettica@gmail.com (please write “Article for Onomastica Lettica” in the subject field) until September 20.
The paper must be submitted as an MS Word document (*.doc or *.docx) that runs on Windows OS. The name(s) of the author(s), affiliation(s), contact information (postal address and e-mail), as well as labelled tables and figures must be submitted in two separate *.doc or *.docx files. Figures should also be submitted as separate *.jpg or *.tiff files with resolution no smaller than 300 dpi. Additionally, it is recommended to submit a *.pdf document with desired layout (with all tables and figures included) as well.
All manuscripts are subject to editorial review. At least two members of the editorial board and one independent reviewer review the received papers.

3. Style
The recommended length of a paper is up to 45 000 characters (including spaces), length of summary – up to 3000 characters. Longer papers can be published in special circumstances by decision of the editor. The formatting of the present style sheet can be considered as an example of the formatting specifications provided further in this section.

3.2. Structure
The following must be provided in the submitted text file: title (titles in Cyrillic should be transliterated into Roman script), abstract, 4–8 keywords, the main text list of abbreviations (if necessary), list of sources (if necessary), references, and index of onyms cited in the article. Since all the papers will be given to anonymous reviewers, neither the author’s name nor references to the authorship of the article should be present in the text (for example, “As I have stated earlier (Author 2008: 000)”, etc.).
The main text of the paper should be divided into continuously numbered sections (in the case they are intended). It should begin with an introduction (section 1). All section headings begin flush left and should employ the following numbering system: 1. First-level heading, 1.1. Second-level heading, 1.1.1. Third-level heading. Please do not use more than three levels of embedding.
The final section of the paper is a summary or conclusion, followed by abbreviations, sources, and references. Abbreviations should be listed in a row, in alphabetical order, separated with commas, no period after the last abbreviation. Appendices, where applicable, should be included after the list of references. The references should not be numbered. If there are references in Cyrillic in the article, they should be transliterated into Roman script according to the transliteration rules outlined in Section 5 of this style sheet.

3.3. Linguistic examples
Linguistic forms should be italicised. Glosses and translations should be placed within single inverted commas (e.g., pies means ‘dog’ in Polish).

3.5. Citations and notes
References must be as complete and informative as possible. In the text, references should follow the form:
a. …as Vallija Dambe (1963 and 1972b) shows…
b. …as Langendonck (2007, 15–17) shows…
If not referring to an author directly, use surname and date of publication in parenthesis and add page number after a comma, e.g. (Dambe 1975, 35) or (Dambe 1975, 21–22). A work with two authors should be cited with both authors’ names in parentheses, as (Russell, Phillips 1995, 18). If the publication has more than two authors, the citation should be of the form (Beddor et al. 2007). If the book title is abbreviated, the citation should be of the form (LVV). If several publications with different authors are cited, the references should be separated by semicolons, e.g. (Rūķe-Draviņa 1971; Superanskaja 1973).
Citations are in English quotation marks, e.g. “Citation”. Within quotations, single quotes are used. If a longer citation is given as a separate paragraph with larger indentation (2 cm on a horizontal rule), then no quotation marks are used. The point size in this paragraph remains the same as in the manuscript (12 pt).
References given in Cyrillic must be transliterated, e.g. (Superanskaja 1973) or (Knjazev 2015). For transliteration rules, please use the tool translit.cc.
Footnotes (not endnotes) numbered by Arabic numerals may be used, but should be kept to a minimum.
Notes should be inserted after (rather than before) punctuation marks, preferably at the end of a sentence.

Latvian Language Institute
of the University of Latvia